The 99% work following a linear formula:

There’s NO leverage in that equation. 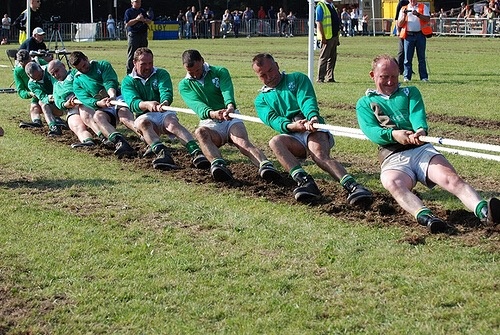 To answer your question, what is something that the 1% do that the 99% won’t do?

END_OF_DOCUMENT_TOKEN_TO_BE_REPLACED

https://www.quora.com/How-should-open-source-programmers-make-money/answer/Terry-Lambert?share=e265aa5a&srid=nwaFDifferent people split this up different ways, but here’s my list of software models:

Each of these models has (or had) their benefits and drawbacks. The order I’ve arranged them in is roughly their historical order.So back to the original question…Individual programmers can profit from Open Source by:

Leveraging Open Source as part of a project (tactical code); bonus: you offload ongoing support and maintenance onto the community, so long as your contributions actually provide value to them

Sir, The phrase “credit crunch” has been widely used to describe the freeze in lending that can occur at the tipping point of economic bubbles (for example “Spanish banks turn off the credit taps“, August 12). This is, however, misleading because it perpetuates the myth that “credit” is somehow fundamentally different from money.

Using this phrase allows the public to carry on believing the false notion that there is an essentially fixed pool of money out there and the only problem is the banks’ willingness to lend it out.The truth is, credit is money. Due to the magic of fractional reserve banking, virtually every pound we spend is money that has been lent into existence. This is true even if we have no borrowings ourselves. During a so-called credit crunch, there is an aggregate preference for paying back loans over taking out new ones. This shrinks the amount of money in the economy. The opposite of lending money into existence occurs, that is to say paying back money out of existence. The fraction of people, or even politicians, that are aware of this fact, is frighteningly small.

A shrinking money supply has a host of unpleasant side effects, as anyone who lived through the Great Depression would testify. During the period 1929-1933 the money supply fell by a third.

Recently I have had various questions asked about BitCoin. My favorite is my wife’s typical “How’s the money laundering going?” – Which always makes me chuckle. But let’s take a Q & A approach to some general questions that the not-so-familiar will ask about BitCoin.

Where does the money come from?

A: In VERY general terms, the money is awarded from the network. Think of it as similar to the federal mint printing money and shipping it to banks. Just take away the Federal Reserve, and central banks, and you have a form of currency which is more like BitCoin.