How to Install and Configure vsftpd on CentOS 7

Length of 1 degree of Longitude = cosine (latitude in decimal degrees) * length of degree (miles) at equator.

Convert your decimal degrees into radians ~ 0.79863

Degrees of latitude are parallel so the distance between each degree remains almost constant but since degrees of longitude are farthest apart at the equator and converge at the poles, their distance varies greatly.

As per the documentation: FROM (Transact-SQL):

The keyword OUTER is marked as optional (enclosed in square brackets), and what this means in this case is that whether you specify it or not makes no difference. Note that while the other elements of the join clause is also marked as optional, leaving them out will of course make a difference.For instance, the entire type-part of the JOIN clause is optional, in which case the default is INNER if you just specify JOIN. In other words, this is legal:

Also take a look at the answer I left on this other SO question: SQL left join vs multiple tables on FROM line?. 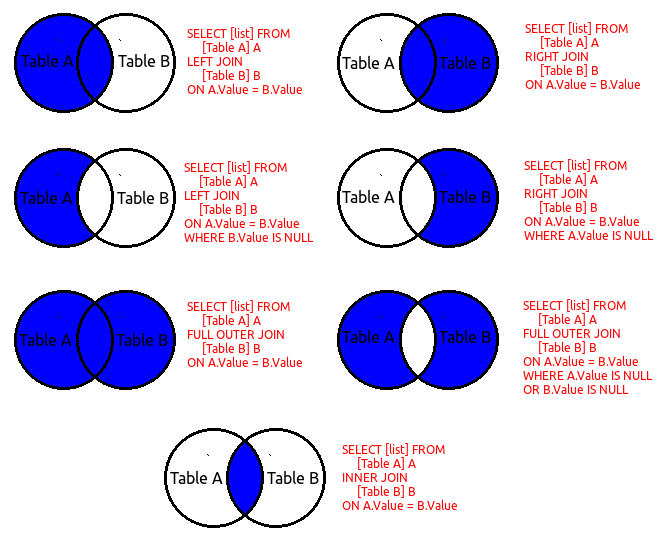 UNION removes duplicate records (where all columns in the results are the same), UNION ALL does not.

There is a performance hit when using UNION vs UNION ALL, since the database server must do additional work to remove the duplicate rows, but usually you do not want the duplicates (especially when developing reports).

This is an unfortunate misnaming perpetrated by Windows.

This was all devised in the early days of Unicode, before we realised that UCS-2 wasn’t enough, and before UTF-8 was invented. This is why Windows’s support for UTF-8 is all-round poor.

This misguided naming scheme became part of the user interface. A text editor that uses Windows’s encoding support to provide a range of encodings will automatically and inappropriately describe UTF-16LE as “Unicode”, and UTF-16BE, if provided, as “Unicode big-endian”.

(Other editors that do encodings themselves, like Notepad++, don’t have this problem.)

If it makes you feel any better about it, ‘ANSI’ strings aren’t based on any ANSI standard, either.

For exe files, I suppose the differences are nearly unimportant.
But to start an exe you don’t even need CALL.

When starting another batch it’s a big difference,
as CALL will start it in the same window and the called batch has access to the same variable context.
So it can also change variables which affects the caller.

START will create a new cmd.exe for the called batch and without /b it will open a new window.
As it’s a new context, variables can’t be shared.

Addendum:
Using CALL can change the parameters (for batch and exe files), but only when they contain carets or percent signs.

Will be expanded to (from within an batch file)

To create an asynchronous single degree of parallelism queue of work you can simply create a SemaphoreSlim, initialized to one, and then have the enqueing method await on the acquisition of that semaphore before starting the requested work.

Of course to have a fixed degree of parallelism other than one simply initialize the semaphore to some other number.

You found the bbb (batch beginner bug), but not the variable is empty, it’s the expansion that doesn’t work as expected.

Percent expansion is done when a line or a complete parenthesis block is parsed, before the code will be executed.
But to solve this you can use the delayed expansion, this doesn’t expand at parse time, it expands just at execution time.

PowerShell will actually treat any comma-separated list as an array:

So the @ is optional in those cases. However, for associative arrays, the @ is required:

Officially, @ is the “array operator.” You can read more about it in the documentation that installed along with PowerShell, or in a book like “Windows PowerShell: TFM,” which I co-authored :). –  Don Jones